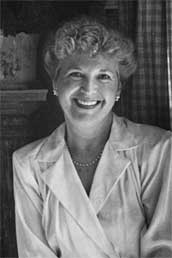 Aranka Siegal, one of seven children, was, raised in Beregszasz, Hungary. During World War II, when Aranka was thirteen, she and her family were moved from their home to the Beregszasz brick factory, which had been turned into a ghetto to house Jews. Shortly thereafter, they were deported to Auschwitz. Upon their arrival on May 9, 1944, she and her older sister were separated from the rest of the family, and they never saw them again. Eventually, the two girls were sent to Bergen-Belsen, and in 1945 they were rescued by the British First Army. Through the Swedish Red Cross, Aranka and her sister were then brought to Sweden, where they lived for three and a half years before emigrating to the United States.

When Aranka arrived in the United States in 1948, she had to learn yet another way of life and master a sixth language. She married, had two children, and when they went off to college, pursued her own higher education on a formal level. She received her B.A. in social anthropology in 1977, and for a year hosted a radio show on which she recounted her experiences in Hungary and other countries. She also became a substitute teacher and lecturer in schools and colleges. Aranka Siegal now lives in Florida (Macmillan Books).