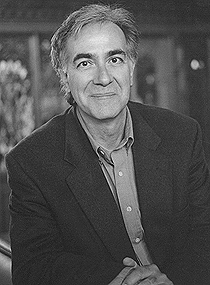 
Born in Havana in 1950, Carlos Eire left his homeland in 1962, one of fourteen thousand unaccompanied children airlifted out of Cuba by Operation Pedro Pan. After living in a series of foster homes in Florida and Illinois, he was reunited with his mother in Chicago in 1965. His father, who died in 1976, never left Cuba. After earning his Ph.D. at Yale University in 1979, Carlos Eire taught at St. John's University in Minnesota for two years and at the University of Virginia for fifteen. He is now the T. Lawrason Riggs Professor of History and Religious Studies at Yale University. He lives in Guilford, Connecticut, with his wife, Jane, and their three children.

Jews, Christians, Muslims: A Comparative Introduction to Monotheistic Religions (1997)
From Madrid to Purgatory: The Art and Craft of Dying in Sixteenth-Century Spain (1995)
War against the Idols: The Reformation of Worship from Erasmus to Calvin (1986)

Search Worldcat for availability of books at your local library.
Click Carlos Eire to visit his Author page on Simon & Schuster