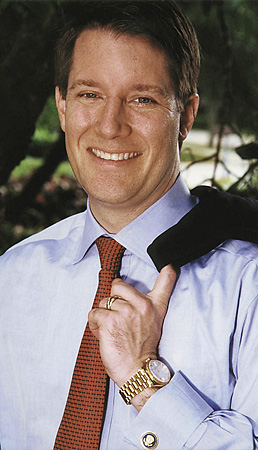 Charles P. Garcia has an undergraduate degree from the U.S. Air Force Academy, an M.A. in Public Administration from the University of Oklahoma, and a J.D. from Columbia Law School. In 1988, Garcia was selected as one of 14 White House Fellows that year. He later received two more presidential appointments: the first was to serve on a national education commission, and the next was to serve as chairman of the U.S. Air Force Academy Board of Visitors. Florida governor Jeb Bush appointed him to serve as the only Hispanic member of the state’s Board of Education. Garcia has worked in three presidential administrations and has advised a Cabinet secretary, a governor, and a former NATO Supreme Allied Commander on diverse issues ranging from education, drug interdiction, Latin American politics, counter insurgency training, and more. Garcia was chosen to be the behind-the-desk military analyst for Telemundo during the Iraq War and has appeared as a commentator on Crossfire, Fox News, CNN,CBS, Univision, CNN en Español, and The Cristina Show. Garcia currently serves on two Fortune 500 company boards—the board of directors of the WinnDixie Stores, Inc. and an advisory board of Aetna—and has become a highly sought-after speaker, presenting talks on leadership at Fortune 500 companies, professional associations, government agencies, and other organizations worldwide. Garcia lives in Boca Raton with his wife, Cristina and their four children.

Leadership Lessons of the White House Fellows (2009)
A Message from Garcia: Yes, You Can Succeed (2003)


Search Worldcat for availability of books at your local library.
Click Charles P. Garcia to visit his site.