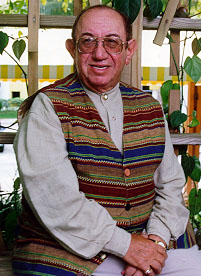 Daniel Keyes (1927 - ) was born in New York. He joined the U.S. Maritime Service at seventeen and went to sea as ship purser. After Keyes left the service, he presumed his studies at Brooklyn College (CUNY) where he received a B.A. Degree in Psychology. Keyes joined Ohio University in 1966 and was appointed Professor of English and Creative writing.

Novel turned into a movie/TV movie:

Search Worldcat for availability of books at your local library.
Visit Daniel Keyes to read more about him.