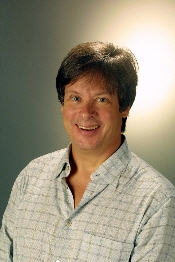 Dave Barry (1947-) is a nationally well known humor columnist. His syndicated column appeared in more than 500 newspapers in the United States and abroad. In 2004, he left the Miami Herald to spend more time with his family and pursue other writing interests. Dave Barry lives in Miami with his family.

Peter and the Starcatchers

Search Worldcat for availability of books at your local library.
Click Dave Barry to visit his blog.