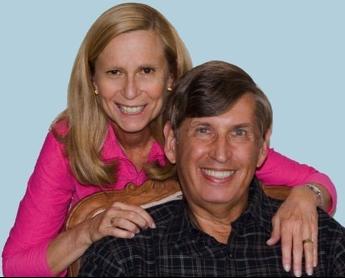 Deborah Shlian has collaborated with her husband, Joel Shlian, in both their vocations and avocations. They practiced medicine together in a large multispecialty group before returning to UCLA for MBAs. They have since balanced medical management consulting with writing. They often write together, producing several medical mystery/thrillers as well as non-fiction books and numerous magazine and journal articles on healthcare and medical management issues. Two of their novels have even been optioned for Hollywood films. After 25 years in Los Angeles, they moved to Florida and now reside in Boca Raton. Rabbit in the Moon, their third novel is an international thriller and won the 2008 Gold Medal for the Florida Book Award, the 2009 First Place Royal Palm Literary Award from the Florida Writers Association, the 2009 Silver Medal for Mystery Book of the Year from ForeWord Magazine, an Indie Excellence Award and was a USA Book News Finalist. The Audiobook version took Honorable Mention at the 2011 San Francisco Book Festival.

Deborah Shlian's novels are available in hardback,paperback, eBooks and Audiobooks.