Diane A.S. Stuckart was born in the West Texas town of Lubbock and raised in Dallas. She obtained her degree in Journalism from the University of Oklahoma. She published several historical romances written as Alexa Smart and Anna Gerard. She is now writing in the mystery genre with a new series of novels featuring Leonardo da Vinci. In 2009, Portrait of a Lady won the Silver Medal for Popular Fiction in the Florida Book Awards. 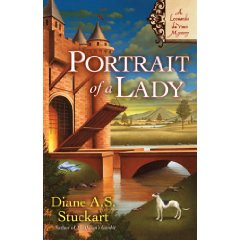 Search Worldcat for availability of books at your local library.
Click Diane A. S. Stuckart to visit her site.