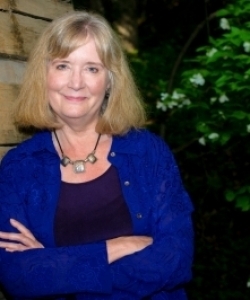 Emilie Richards was born in Maryland and was raised in St. Petersburg, Florida. Emilie Richards began her writing career with a baby on her lap. Emilie, who has a master's degree in family development, finds family interaction fascinating and through the years, in many different ways, her four children have shown up in her books.

Emilie's daughter, who was adopted from India, emerged from a plane at age six, and was an instant addition to the family. Since then, Emilie has written several books about the trials and tribulations of adoption, as well as its myriad rewards. Wayward teenage boys have walked through Emilie's books, just the way they seem to walk through her life. The boys always turn out well and luckily her own have, too.

A long love affair with Emilie's minister husband convinced her that ministers can be heroes, too. Dragonslayer, a Silhouette Intimate Moments and RITA Award winner resulted from that realization. Endless Chain, the second book in her Shenandoah Album series for MIRA Books, did, as well.