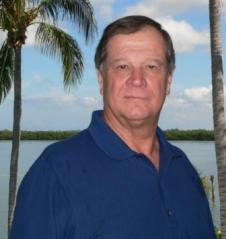 
H. Terrell Griffin is the author of Blood Island, the third mystery in the Matt Royal series. Born in Waycross, Georgia, H. Terrell Griffin moved to Sanford, Florida, at the age of twelve. Upon graduation from high school, he enlisted in the U.S. Army. After three years of active duty, he began his studies at Mercer University in Macon, Georgia, where he earned degrees in history and law. A board-certified trial lawyer, Griffin practiced law in Orlando for 38 years. In addition to Blood Island, Griffin is the author of Murder Key and Longboat Blues. He and his wife Jean divide their time between Longboat Key and Maitland, Florida.

Search Worldcat for availability of books at your local library.
Click H. Terrell Griffin to visit his site.