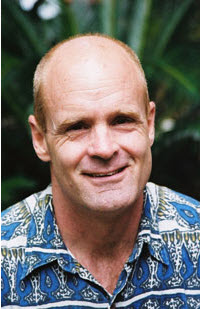 Dr. Jack E. Davis has an B.A. in Political Science, an M.A. in American History from the University of South Florida, and a Ph.D in American History from Brandeis University. Davis is associate professor of history at the University of Florida, where he specializes in environmental, southern, and Florida history. Davis serves on the editorial boards of Tampa Bay History and the Florida Historical Quarterly. In 2009, An Everglades Providence: Marjory Stoneman Douglas and the American Environmental Century was selected as the Florida Book Award Gold Medal winner in Non-Fiction.

Paradise Lost? The History of Florida Environmental with Raymond Arsenault (2005)

Race Against Time: Culture and Separation in Natchez since 1930 (2001)

Search Worldcat for availability of books at your local library.
Click Jack E. Davis to visit his site.