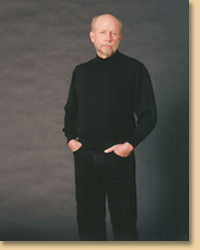 
James W. Hall (1947 - ) is a versatile author who has written numerous crime novels as well as published books of poetry. He is most famous for his "Thorn" series whose protagonist is a somewhat gruff fisherman who makes a living making fishing lures in Key Largo and occassionally thwarting crooks and terrorists. Hall is also a literature teacher at the Florida International University in Miami, Florida. He and his wife split their time between South Florida and North Carolina.