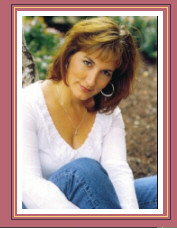 Although she has a Ph.D. in political science, Karen Hawkins decided to join the Romance Writers of America where she earned local and national awards for her work as a romance author. She published her first book in 1998, and has now published twelve novels and two novellas. Hawkins' historical romance novels are


Search Worldcat for availability of books at your local library.
Click Karen Hawkins to visit her site.