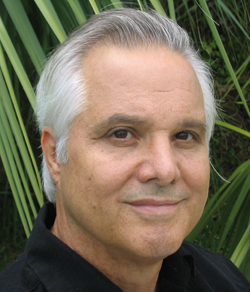 Leighton Gage has lived in Australia, Europe, and South America and traveled widely in Asia and Africa. He visited Spain in the time of Franco, Portugal in the time of Salazar, South Africa in the time of apartheid, Chile in the time of Pinochet, Argentina in the time of the junta, Prague, East Germany, and Yugoslavia under the Communist yoke. He is fluent in three languages and conversant in three more.
Dying Gasp, his third book in the series of Mario Silva investigations, will be shipped in January of 2010. It is already available for presale on Amazon.
He has a daughter and three grandchildren in Paris, a daughter in The Netherlands, and two more in the United States. He and his wife spend much of their time in Brazil, her native country.