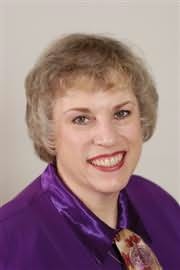 Louise M. Gouge has been married to David Gouge for over 40 years. They have four grown children and five grandchildren. Louise attended the University of Central Florida in Orlando, earning a BA in English/Creative Writing, and Rollins College in Winter Park, Florida, earning a Master of Liberal Studies degree. Louise's novel, Ahab's Bride, Book One of Ahab's Legacy, (RiverOak Publishing, 2004) was her master's thesis at Rollins College. Hannah Rose, Book Two of Ahab's Legacy, was released in 2005, and Son of Perdition, Book Three of Ahab's Legacy, was released in February 2006. While writing Christian fiction is her primary occupation and labor of love, Louise is also an adjunct professor of English and Humanities at Valencia Community College in Kissimmee, Florida. Having received her advanced education in middle age, she tries to inspire her younger students to complete their own education early. For her older students, Louise hopes that her experiences prove that it is never too late for them to work toward their dreams. (Her first novel was published after she turned fifty!) In the classroom, she attempts to live out her Christian faith both in words and in action. Louise's favorite Bible verse is "He shall choose our inheritance for us" (Psalm 47:4), a testimony to her belief that God has chosen a path for each believer. To seek that path and to trust His wisdom is to find the greatest happiness in life.

Search Worldcat for availability of books at your local library.
Click Louise M. Gouge to visit her site.