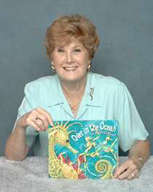 Marianne Berkes is a former teacher and Children's Librarian, Marianne now lives in Florida and writes full-time. She is an active presenter at schools and literary conferences.

Search Worldcat for availability of books at your local library.
Click Marianne Berkes to visit her site.