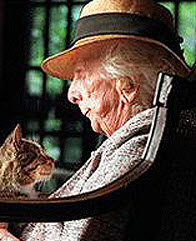 Marjory Stoneman Douglas (1890-1998) graduated from Wellesley College with B.A.in 1912. Douglas moved to Miami in 1915 where she began working for her father at the Miami Herald. She wrote editorials and stories for the paper. During World War I, Douglas briefly enlisted in the Navy as a Yeoman First Class, then joined the American Red Cross and traveled to Paris. Douglas continued to write stories while in Paris. After the war, she returned to the Miami Herald as an assistant editor. Douglas wrote a column for three years before suffering nerve fatigue. She left the Miami Herald to recuperate at her father's new home. It was during this time that her early stories were published by the Saturday Evening Post. In 1926, she designed and built the cottage that she would live in the rest of her life. In her cottage, Douglas took up the causes of feminism, racial justice, and conservation that would dominate the rest of her life. One of her causes was the creation of the Everglades National Park. The Everglades Park was designated by Congress in 1934. The Everglades Park officially opened in 1947. After five years of research, Douglas' book, Everglades, the River of Grass was also published in 1947. Douglas formed the Friends of the Everglades in 1970. "There are no other Everglades in the world. They are, they have always been, one of the unique regions of the earth; remote, never wholly known. Nothing anywhere else is like them..."