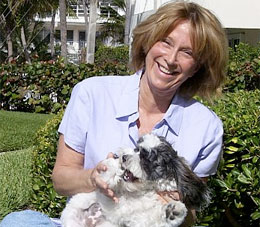 Mary Stanton was born in Winter Park Florida in 1947. She grew up in Hawaii and graduated from Kailua High School. She attended St. Olaf Callege in Minnesota and she received a B.A. in philosophy and literature from the University of Minnesota. Mary Stanton has been writing professionally most of her adult life. She divides her time between a goat farm in upstate New York near the Finger Lakes region and a small home in West Palm Beach. Mary Stanton and mystery writer Claudia Bishop are one and the same.

Non fiction
From Selma to Sorrow: The Life and Death of Viola Liuzzo (1998)

Single Novels
The Love That Lasts (1998)


Search Worldcat for availability of books at your local library.
Click Mary Stanton to visit her site.