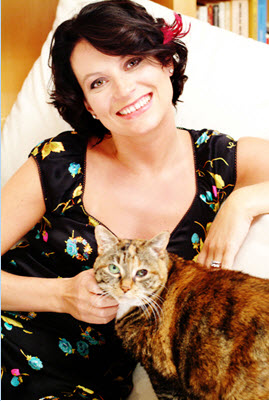 
Meg Cabot’s many series and books for both adults and tweens/teens have included multiple #1 New York Times bestsellers and have sold over fifteen million copies worldwide. Her Princess Diaries series has been published in more than 38 countries and was made into two hit films by Disney. Meg also wrote the NY Times bestselling Mediator, Airhead, and Allie Finkle’s Rules for Girls, as well as Insatiable (look for the sequel in summer of 2011), and the award-winning novels All-American Girl and Avalon High. Her new series for teens, Abandon, debuts in spring of 2011. Ms. Cabot (her last name rhymes with habit — as in, “her books have been known to be habit–forming”) lives in Key West with her husband and two cats.