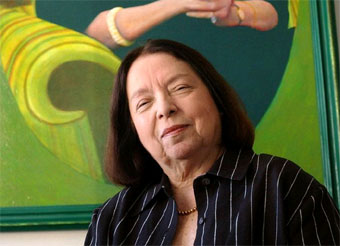 Nélida Piñon is a Brazilian born of Spanish parents in Rio de Janeiro. She has written in several styles over her career. Piñon lives in Brazil but has been a guest lecturer and professor at the Universities of Miami and Florida as well as Florida Atlantic University.