Pat Frank (1908-1964) was the lifelong nickname adopted by the American writer, newspaperman, and government consultant, who was born Harry Hart Frank (1908-1964), and who is remembered today almost exclusively for his post-apocalyptic novel Alas, Babylon. Before the publication of his first novel Mr. Adam launched his second career as novelist and independent writer, Frank spent many years as a journalist and information handler for several newspapers, agencies, and government bureaus. His fiction and nonfiction books, stories, and articles made good use of his years of experience observing government and military bureaucracy and its malfunctions, and the threat of nuclear proliferation and annihilation. After the success of Alas, Babylon, Frank concentrated on writing for magazines and journals, putting his beliefs and concerns to political use, and advising various government bodies. In 1960 he served as a member of the Democratic National Committee. In 1961, the year in which he received an American Heritage Foundation Award, he was consultant to the National Aeronautics and Space Council. From 1963 through 1964 the Department of Defense made use of Frank's expertise and advice, and this consultancy turned out to be his last response to his country's call. His other books include Mr. Adam and Forbidden Area. 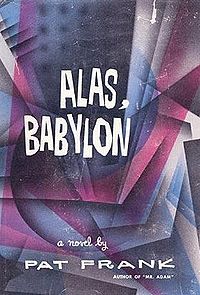 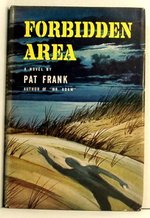