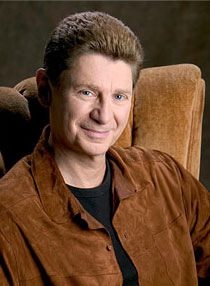 Paul Levine is a former trial lawyer and the award-winning author of the Solomon vs. Lord legal thrillers. He has also written for the CBS television program, JAG. Before becoming a full-time novelist, Levine was a partner in the Miami office of Morgan, Lewis & Bockius, a Philadelphia-based law firm. Later, while writing his first two novels, he was “of counsel” to Grossman and Roth, P.A. Prior to attending law school, Levine was a reporter for The Miami Herald. While a practicing lawyer, he served as a legal commentator for WPLG-TV and later, WTVJ-TV in Miami. He wrote and appeared on You & the Law, a television segment syndicated by Newsweek Broadcasting. He also taught communications law as an adjunct lecturer at the University of Miami School of Law.


Search Worldcat for availability of books at your local library.
Click Paul Levine to visit his site.