A native Cuban, Raúl came to the United States via Spain in 1980. He is a member of a group called "Three Guys from Miami." The other two "guys" are Glenn M. Lindgren and Jorge Castillo. As a full-time Miami resident, Raúl is known for his love of fishing, his great parties, and his mastery of the Cuban pig roast. Like Hemingway’s Old Man and the Sea, Raúl frequently braves the ocean waves in the Florida Keys with his small fishing boat. Just don’t call him old. He insists that he gets a little better, but never older, every year. A somewhat reluctant chef, Raúl is the goodwill ambassador of the group. You’ll find him at cooking classes and demonstrations “working the crowd,” telling jokes, and making sure everyone is having a good time.

Raúl and his wife Esther have two married children, Onel and Onix. 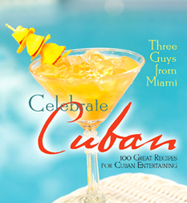 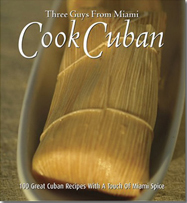 Search Worldcat for availability of books at your local library.
Click Raul Musibay to visit his site.