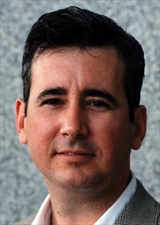 Ronnie Greene is a veteran investigative journalist with the Miami Herald, where he has exposed exploitation of laborers in Florida's farm fields, corruption at Miami's airport, and deadly conditions in the U.S. air cargo industry. His honors include the Investigative Reporters and Editors Medal, two National Headliner Awards, and finalist recognition from the Gerald Loeb Awards. He was lead writer for a team of Miami Herald journalists cited as Pulitzer Prize finalists in 2004 for coverage of the Columbia space shuttle tragedy, and was part of two Herald reporting teams awarded the Pulitzer Prize.

A Herald investigative reporter from 1998–2007, Greene is the newspaper's Urban Affairs Editor. He has also been a staff writer with the Baltimore Sun and the Palm Beach Post (HarperCollins Publishers).