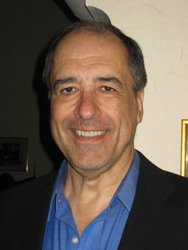 Scott Eyman is the literary critic for the Palm Beach Post. Eyman has written for the New York Times, the Washington Post, and the Chicago Tribune, as well as practically every film magazine extinct or still extant.
He and his wife Lynn live in Palm Beach.

Search Worldcat for availability of books at your local library.
Click Scott Eyman to visit his site.