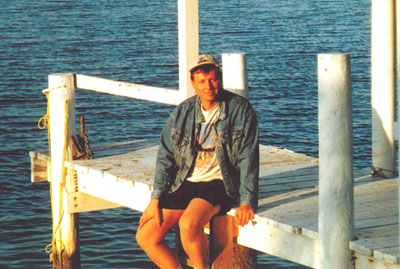 Tim Dorsey (1961-) has a B.S. from Auburn University. Dorsey has worked as a police and court reporter for the Alabama Journal and as a journalist and editor for the Tampa Tribune. His novels are set in Florida. His two main characters are Serge Storms, a serial killer and his addict sidekick, Coleman.

Search Worldcat for availability of books at your local library.
Click Tim Dorsey to visit his web site.