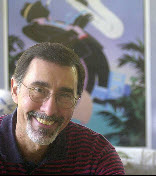 Victor DiGenti has a Broadcasting and Communications degree from the University of Florida. DiGenti spent over thirty five years working in Public Broadcasting. He was the producer of the Jacksonville Jazz Festival for eight years. For nearly nine years, he wrote a humor column for the Beaches Leader community newspaper. More recently, DiGenti was an executive director for of an organization that worked for the welfare and protection of abandoned, feral and homeless cats and kittens. This experience as well as his newly acquired household of domestic cats lead to the creation of his feline protagonist in his Windrusher series. DiGenti is the Northeast Florida Regional Director of the Florida Writers Association.

Under the pen name Parker Francis, Vic has published Matanzas Bay and Bring Down the Furies,the first two books in his new Quint Mitchell Mystery series. Both areavailable for both as Kindle ebooks and trade paperbacks.